Dr Rebecca Choy, an alumnus of Australian International School Malaysia shares her story from being a school-girl to a doctor, who is now touching the lives of people in Sabah. Watch the video to see how an Australian education was a life-changing experience for her.
OUR ALUMNI
AISM has produced many graduates who have made an impact in the world at large. Get to know all our illustrious alumni from all over the world.
alumni 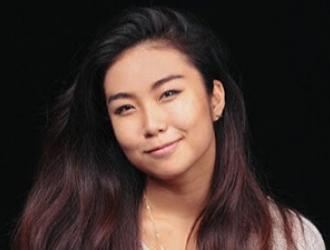 Atsuko Sunaga
Year 12 Class of 2015  |  Auckland University of Technology
Atsuko Sunaga graduated from AISM in 2015 and was accepted into Auckland University of Technology. She was the school’s Female Vice-Captain and was actively involved in girls touchball, netball, volleyball and basketball. She also performed in the school’s Jazz band for school even such as AISM Rocks and out of school performances in the Malaysian Australian Alumni Council Gala Dinner. Sofia Hanim
Year 12 Class of 2007
School of Visual Arts, New York, USA
Aspiring Filmmaker
Once Sofia graduated from AISM, she moved to New York City, USA and enrolled in the School of Visual Arts to study the Bachelor of Fine Arts in Film and Video. She pursued her dreams and became a successful filmmaker. The passion to create film became her drive, and her desire to show her identity sparked her goal to inspire others around the world and produce films created from the heart that expresses "Me" the best way possible.
She has worked as an Assistant Director, Writer and even directed numerous films that have been screened in are also film festivals in America and South America. Her film, OMBAK, was the first Malaysian film show previewed in SVA's biggest film festival. One of her short clips was previewed at the Dusty Film and Animation Festival in New York, United States in May 2018.
In AISM, Sofia spent her time participating in the Model United Nations (THIMUN) and also ccompleted the Duke of Edinburgh Silver Award. 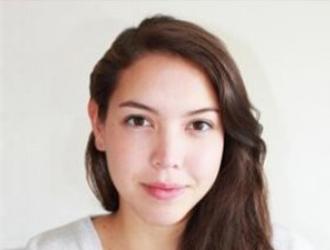 Yasmin Dall
Year 12 Class of 2009  |   Bachelor of Interior Design, Royal Melbourne Institute Technology (RMIT) Australia
Yasmin graduated with first-class honours in her Bachelor of Interior Design from RMIT Australia in 2013. She went on to work as an Interior designer for Fender Katsalidis Architects, Melbourne focusing on multi-residential and residential projects.
Currently, she is employed as a designer with Russell & George, an internationally recognised and award winning design practice employing architects, designers, theorists, strategists and urbanists. 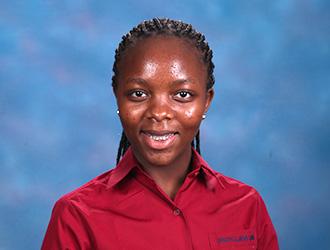 Phaa College of Hairdressing and Beauty, Africa
Year 12 Class of 2016 — Caroline completed her HSC in 2016 and returned to her home country to pursue her passion for fashion and… 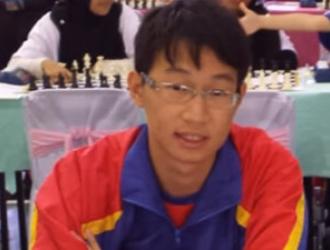 Dilwen Ding
Year 12 Class of 2017  |  University of Waterloo, Canada
Chess Master & Future Financial Controller
Dilwen Ding is pursuing his Bachelor in Actuarial Science in Canada and has participated in several international, regional and national chess tournaments and has an impressive string of awards to go with it. One of his highest achievements was when he emerged as Champion in the 10th Asian Schools Championships in Taiwan in 2014 which saw participants from over 11 countries worldwide. The achievement awarded him a FIDE (Federation Internationale des Echecs) Master Title by the World Chess Federation. When he was 14 years old, he earned a Bronze medal at the World Youth Under 16 Chess Olympiad in Turkey, Istanbul, with over 1000 participants from 34 countries.
He is also a state representative, representing Kuala Lumpur for 6 years in MSSM (Majlis Sukan Sekolah Malaysia/Inter-state School Malaysia) competitions, supported by Ministry of Sport, Malaysia. In 2017, he came in 3rd in the 2017 Open (Adult) Malaysian Chess Championships, where he was invited to have dinner with the World Grand Chess Master, Anatoly Karpov. Dr Caryn Tay
Year 12 Class of 2009  |  University of Melbourne, Australia
University of Melbourne Scholarship Recipient & Medical Doctor in Australia
In 2009, Caryn Tay graduated with an ATAR score of 97.0, and won the University of Melbourne New Generation International Undergraduate Scholarship 2010 to study Biomedicine. She went on to complete her Doctor of Medicine in the same university until completion in 2016.
She has served as a doctor in Albury Wodong Health Hospital, New South Wales, and is currently working with the Ballarat Health Services, in Victoria, Australia.
She says that AISM has a large emphasis on body and mind development, which has helped her in self development. She feels that the Australian curriculum taught her how to think on her feet and work independently. Manipal Medical College, India
Future Medical Doctor, Year 12 Class of 2015 — Yiie Lynn graduated from her Higher School Certificate with an ATAR score of 97.45. She is… Seo Yiie Lyn
Year 12 Class of 2015  |  Manipal Medical College, India
Future Medical Doctor
Yiie Lynn graduated from her Higher School Certificate with an ATAR score of 97.45. She is currently in her 4th year of Bachelor of Medicine (MBBS) at Melaka Manipal Medical College based in Muar, Johor, Malaysia and previously studied in Manipal, India.
As a drama enthusiast who has won many drama competitions locally, she has been instrumental in the formation of a drama club in her previous school in Melaka. One of the things she loves about AISM is the black box theatre. She says that studying in AISM gave her the opportunity to think out of the box rather than just learn from textbooks. Zack Sze
Year 12 Class of 2013
Le Cordon Bleu Malaysia
Scholarship Recipient from Le Corden Bleu & Chef
AISM alumni Year 2013, Zack Sze won a scholarship to pursue his Diploma in Cuisine from Le Cordon Bleu Malaysia in a competition organised by the Australian Trade Commission of Malaysia.
He has pursued this passion on his own initiative and aspires to have his own kitchen soon. He has even worked during the holidays in kitchens in Sydney, Chennai and a German Grill house in Malaysia.
He is currently a Chef de Partie in a Japanese restaurant in Kuala Lumpur.
Accreditations & Membership
Follow Us On: